Martial Arts for Kids and Adults in Columbia, MO 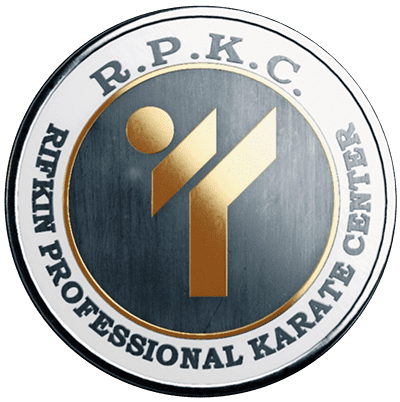 Rifkin Professional Karate Center is committed to inspiring and empowering you to reach your full potential.

Our focus is on bringing you the best martial arts lessons in the Columbia area to give you the tools you need to defend yourself, maintain great health, and become the best version of yourself for a successful living.

Rifkin Professional Karate Center has earned the reputation in Columbia of being the top martial arts school for enriching our students’ lives and equipping them to face life with the winning edge.

Many people believe the martial arts are about just fighting, but our program is much, much more than that. When you train in our martial arts classes you take advantage of the best self-improvement system in the world.

WHEN I OPENED MY FIRST SCHOOL IN 2000, I MADE A COMMITMENT TO SERVING OUR COMMUNITY BY TEACHING AND EMPOWERING…

Children and adults the confidence, leadership skills and fitness that can only be achieved through intense martial arts training.

Because people begin their training in the Martial Arts for a wide variety of reasons, we have tailored our program to meet these needs. Whether you are interested in getting fit, losing weight, improving your coordination, balance, and stamina…or whether you are interested in self-defense and increased self-discipline, our program is dedicated to reaching those goals.

What people are saying about Rifkin Professional Karate Center

A Shively-Gott
Hands down, the staff is amazing! I've seen a noticeable (positive) difference in my child's self esteem since he's been enrolled at Rifkin Karate & he feels like he really belongs. I cannot thank Mr.Rifkin & his staff enough for having such a positive influence on him! I only wish I'd enrolled him sooner.

Miles Schroeder
Amazing place to train and learn to defend yourself in actual world like situations. Also a great way to work out. Highly recommended.

Nalinda Wasala
If you are in Columbia, MO area or closer and looking for martial arts for your kids (or yourself), you are looking at the very best & absolutely right place. The program is very high in quality. Master Rifkin delivers what he promises. He is very professional, fully committed and a good role model for the kids. Expectations are high and your kid will learn to work towards reaching a goal, be resilient and persistent. My son has been here for more than 2 years and loves it. I have been in the studio for pretty much every class (prior to COVID-19) and have seen the training and instructions, simply amazing. Once you are there, you’ll know the difference.

Brandie Jordan
My twins have been seeing Master Rifkin for about 9 months now and the amount of confidence I have seen in them is staggering. If you're looking to add to your child's confidence and self defense at the same time, I HIGHLY recommend RPKC for this. Well worth it. My twins love going to karate every week.

Chris Eidson
Very professional while still being a very caring staff. Rifkin is an excellent instructor and our 11 year old daughter has thoroughly enjoyed her time here.

Jason Oliver
I dont often give 5 stars but this facility and its staff are truly there for the students always. Yes it's pricey compared to some others but the respect and results speak volumes about the owner and his ways, making the cost more than affordable.

Amy Pescaglia
My son is getting great instruction at Rifkin Karate Center. Once the COVID crisis hit, I wasn’t sure what would happen. Master Rifkin quickly put all classes online for easy to access, while the studio formulated a plan for return. I am so impressed with what they are doing. Online or in person classes so we each have options or backup plans. Temp checks, masks and hand sanitizer are used and a limited number of people are allowing in the building at a time. I feel that he is looking out to keep everyone safe and engaged at the same time.

Jeff Markowski
During the COVID-19 stay at home order, our son is using the virtual, private lessons and they are beneficial both physically and emotionally. These lessons help him stay in shape, in practice and mentally connected to the discipline. They are helping him stay on track, and motivate him to practice every day. I highly recommend these virtual lessons.

Shawn Mccoy
Master Rifkin has been teaching my son for over two years now and this review is long overdue. I wouldn't consider taking him anywhere else. The growth I have seen has been amazing to watch and I attribute it to the skill that Master Rifkin has as an instructor. It is of utmost importance to him that his students get the best possible teaching that can be delivered to them, and it shows in his students. Lately, with the social distancing, he has gone to private lessons via zoom and my son has loved it. It has been the highlight of his week and allows for 1 on 1 instruction time ,maintaining the quality that is so important to Master Rifkin. I highly recommend the virtual training that he is offering right now
Google rating score: 4.9 of 5, based on 44 reviews

LEARN ABOUT OUR OTHER PROGRAMS

Although many people think the martial arts are just about fighting, the truth is that the physical “kicking and punching” are really just the tools that I use to teach the more important, and MUCH more valuable lessons about yourself. 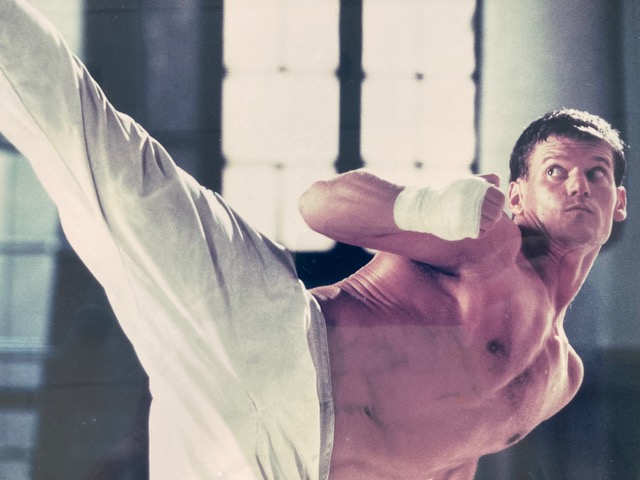 With a background in Karate, Tae Kwon Do, full-contact Kickboxing, and Aikido, J.D. Rifkin is a highly regarded and ranked Black Belt Master Instructor and certified private fitness trainer. After studying in the Northeast under Sensei Johnny Payton (Team Paul Mitchell Karate), and fighting extensively in the Florida tournament and full contact kickboxing circuits, Master Rifkin moved to Los Angeles to begin training with Grandmaster Hee Il Cho. He next studied a blended art of Aikido, Karate and Kickboxing under Master Ken Nagayama, where he competed as a member of his “A” Team and began teaching in 1993.

Since then, he has worked both behind and in front of the camera, from fight choreographer and trainer to stuntman and actor in numerous films, large and small. Master Rifkin has also been featured on the covers and pages of various international magazines.

His first school, Rifkin Professional Karate Center, opened in November 2000. After growing his school to be one of the top martial arts academies in Southern California, he moved to Columbia, MO in 2011 to open the newest school. He now runs his Columbia school while acting as President of the Rifkin Professional Martial Arts Association (R.P.M.A.A.) that oversees student training in both the Missouri location as well as the Los Angeles, CA location.

Master Rifkin’s unique teaching encourages students to find their own inner strengths. By emphasizing the “fire” in their training, he pushes students to have enthusiasm, passion and above all, spirit.